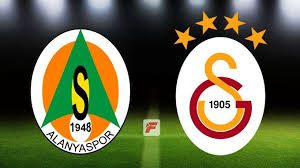 Alanyaspor hosts the leader Galatasaray in a match from the 30th round of the Turkish Super Lig.

Even if you don’t follow Turkish football, you can’t deny that it has been a very interesting season so far. And most probably it will remain like this until the end of the campaign.

How we said, Galatasaray are leaders in the league with 60 points. They have a record of 19 wins, 3 draws and 7 defeats. In their last five games the Istanbul giants won three times, made one draw and suffered one defeat – against Genclerbirligi. It was really surprising, having to know that there’s a much difference in the quality of the two teams. But everyone can lose, right?

Now Galatasaray are travelling away from home to meat Alanyaspor.

Alanyaspor are 14th in the Super Lig with 32 points, having a fight against relegation. They are just 3 points above the 16th Konyaspor and the relegation zone, so for them the fight is still wide open. Alanyaspor must win as much points as possible until the end of the season in order to survive.

Alanyaspor’s record so far shows 9 wins, 5 draws and 15 defeats. In their last five games they won twice, made two draws and suffered one defeat. In the previous round Alanyaspor made a 1-1 draw during the visit to Yeni Malatyaspor. It happened thanks to Welinton’s equalizer in the last seconds of the game.

This is our take on the match between Alanyaspor and Galatasaray. The away team is the favourite here, but don’t underrestimate Alanyaspor. It could be a tricky one.