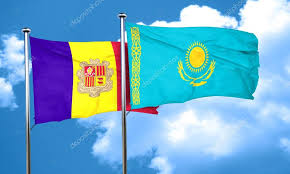 Andorra faces Kazakhstan in a match from Group 1 of League D of the UEFA Nations League. Let’s see what’s going on with these two teams before their game at the Estadi Nacional in Andorra la Vella.

Surprising for many people, Andorra began their campaign at the Nations League with a point. Usually losing most of its matches, the Andorrian team fought for a 0-0 draw during the visit to Latvia in Riga. Andorra even had some chances to score a goal, but it didn’t happen. Still, it was a very positive result for Koldo Alvarez’ team.

Before the 0-0 draw against Latvia, Andorra achieved the same result in August against UAE in a friendly game. But now – doing it in an official match, it’s much a bigger reason to feel proud. This small country rarely wins anything in football, so every point is a reason to celebrate.

Kazakhstan on the other hand started their Nations League adventure with a loss. Led by the Bulgarian manager Stanimir Stoilov, the former Soviet republic suffered a dissapointing 0-2 defeat against Georgia at home. Both goals at the Astana Arena were scored after the break. Giorgi Chakvetadze opened the score for the Georgian team, while Kazakhstan’s Sergiy Maliy scored himself an own goal 15 minutes before the end. Kazakhstan were labeled as favourites in this match, but Stoilov’s team didn’t play very well on this day.

Before losing to Georgia, Kazakhstan managed to win two of their last three friendly games. They celebrated victories against Hungary and Azerbaijan, but suffered a defeat against Bulgaria.

Despite of being a visitor here and despite of starting their campaign with a loss, Kazakhstan are favourites against Andorra on Monday night. Their football is better than the Andorrian and now it’s time for Stoilov’s boys to prove that they are better than they were in their first match.