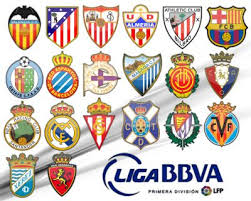 Atletico Madrid hosts Eibar in a game from the last 38th round of the Spanish La Liga. Let’s have a look at this clash at the beautiful Wanda Metropolitano in Madrid.

Just a few days ago Atletico won the Europa League after a dominant performance against Olympique Marseille. This match against Eibar is a great opportunity for the club’s fans to applaud the players and show them their gratitude. And you can be sure that Atletico’s players wouldlike to put a show for them.

Atletico Madrid are second with 78 points and 3 points advantage in front of Real Madrid. This season they were outperformed just by the champion Barcelona. At this moment Atletico have a record of 23 wins, 9 draws and 5 losses. They have conceded just 20 goals since the beginning of the season. In their last five matches in La Liga Atletico won twice, lost twice and made one draw. Which is not the best consistency which they can show, of course.

In the previous round Cholo Simeone’s team enjoyed a 1-0 during the visit to Getafe.

Eibar also had a good season. They are 9th in La Liga with 50 points. Their record in the league shows 14 wins, 8 draws and 15 defeats. In their last five games Eibar are doing pretty good – three wins, one draw and one loss. Right now they are in a run of two consecutive wins, achieved against Girona and Las Palmas.

On theory Eibar could move to 8th place, if they beat Atletico. They are on 2 points behind the 8th Getafe, which are playing Malaga. But of course, it won’t be easy for Eibar to win at the Wanda Metropolitano. Although Atletico are not playing for anything, but still. Let’s see how these two teams will prepare for this last round of the league.