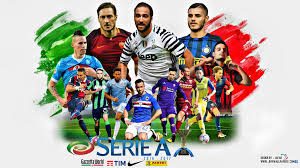 Bologna hosts Milan in a match from the 35th round of the Italian Serie A. Here are our thoughts about this game.

Bologna are performing once again as a typical midtable team – something they do almost every other season in the Serie A. Right now the Rossoblu are 12th in the league standings with 39 points. They also have a record of 11 wins, 6 draws and 17 losses. In their last five matches Bologna won once, made two draws and suffered two defeats. In the previous round they made a 0-0 draw during the visit to Cagliari.

Bologna’s performance in the Calcio is nothing special or anything to talk about, but they are silently achieving their goal – to be in this position and to be safe from relegation.

In the same time Milan are having some serious trouble lately. The Rossoneri are 7th in the Serie A with 54 points, being on one point behind the 6th Atalanta. But their worries are linked to their current form – Milan are without a win in their last five games, making four draws and losing against Benevento in the previous round.

Suffering a defeat against Benevento at the Stadio San Siro was a huge shocker for Milan. The club’s fans hoped that this match is going to return them on the winning ways. But it didn’t happen. The Rossoneri once again dissapointed their fans, just like they are doing it on a regular basis in the last few years.

It’s clear that Milan are in crisis. Last summer they spent 200 millions euro for new players, but this didn’t help them improve. Which was also the reason why Vincenzo Montella got sacked and replaced with Gennaro Gattuso.

We can’t say that Milan are favourites against Bologna – not with the form they are showing. But it’s going to be an interesting game.