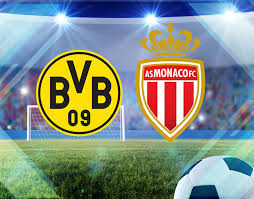 Let’s head to Signal Iduna Park in Dortmund, where Borussia Dortmund are hosting Monaco in a match from Group A of the Champions League. It promises to be a great game.

Borussia Dortmund won their first game in the competition this year, winning their visit to Club Brugge with 1-0. The only goal in the game was scored by Christian Pulisic, who gave Dortmund the win with a strike just 5 minutes before the end of the game. But how they say – better late than never, right?

In the Bundesliga Borussia Dortmund are also doing very well. They are currently leading the standings, which became possible after Bayern Munich’s loss against Hertha. Right now Dortmund are leaders with 14 points, being on one point ahead of Bayern. They are unbeaten since the start of the season, winning four of their six games played so far. In their last match Dortmund celebrated a thrilling 4-2 win during the visit to Bayer Leverkusen. The new signing Paco Alcacer scored a brace for Dortmund, while Jacob Bruun Larsen and Marco Reus also found the net behind Lucas Hradecky.

Monaco are not having a very good start of the new season. In the Champions League they started with a loss, conceded against Atletico Madrid at home. Samuel Grandsir opened the score against the Spanish side, but Atletico managed to win with goals from Diego Costa and Jose Gimenez.

But the situation for Monaco is even worse in the Ligue 1. Leonardo Jardim’s team have won just one of its 8 games in the division so far. Right now the former champions are 18th in the league standings with just 6 points won – totally unacceptable.

This is our look at the Champions League game between Borussia Dortmund and Monaco. Based on the current form of these two teams, we regard the German side a big favourite here.