Chelsea welcomes Cardiff City in a match from the 5th round of the English Premier League. Let’s take a look at this clash at the Stamford Bridge in London.

Chelsea had a very bright start under the management of their new head coach Maurizio Sarri. The Italian tactician replaced his countryman Antonio Conte and so far he’s doing a spectacular job. 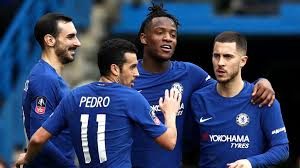 Chelsea won all of their four matches since the start of the season, winning against Huddersfield Town, Arsenal, Newcastle and Bournemouth. In these four games the Blues scored 10 goals and conceded 3.

There was a reason why Maurizio Sarri was welcomed with high hopes at the Stamford Bridge. He did a great job at Napoli and he proved his qualities there. With him as a manager, Chelsea are playing an offensive minded and attractive football, which is something the fans like. The goal in front of Sarri and Chelsea could be only one – the title.

Cardiff City are currently 16th in the Premier League standings with just 2 points won. They are still without a win since the start of the season, doing two draws against Newcastle and Huddersfield, and losing against Bournemouth and Arsenal.

It’s clear that Cardiff’s goal this season is going to be survival. The Welsh team do not have the potential to fight for something remarkable this season, but surviving will be a great achievement for them. Last season they did very well in the Championship, but we all know that the difference between the Premier League and the Championship is just enormous.

These are our thoughts about the Championship clash between Chelsea and Cardiff City at the Stamford Bridge. Chelsea are the favourites, of course. They are flying under the management of Sarri and it would be a huge surprise if a team like Cardiff manages to stop them.