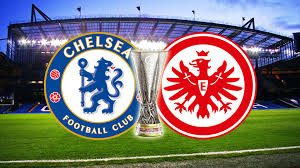 The first leg in Frankfurt started very well for Eintracht. The hosts scored a goal after just 23 minutes of playing, when Luka Jovic put the ball in the net after an assist from Filip Kostic. But sadly for the hosts, they were unable to hold on their advantage. In the last minute of the halftime Ruben Loftus-Cheek passed the ball to Pedro, who put it behind Kevin Trapp’s back.

In the second half no goals were scored, which allowed the English team to return home with a pretty good result. But in same time, the mission for Eintracht is most certainly not impossible. The Germans need just one goal at the Stamford Bridge in order to get back on their feet. So far in the competition Eintracht showed that they know how to score goals away from home. If you think that they will just give up, most certainly you don’t know this team very well.

It’d be interesting to see both teams’ approach for this game. Will Chelsea be more cautious or they will look for more goals? And in same time, how much are Eintracht going to risk it, opening their defense while looking for precious away goals? This shall be a very good tactical battle between the two managers Maurizio Sarri and Adi Hutter.

That’s what’s happening with Chelsea and Eintracht Frankfurt before their second Europa League 1/2-final at the Stamford Bridge. Who is going to prevail? Good luck!