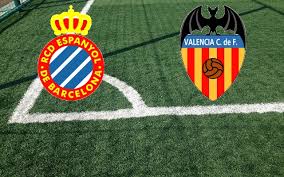 Espanyol hosts Valencia in a match from the 2nd round of the Spanish La Liga. Let’s take a look at it, before it’s going to be played on Sunday night.

Espanyol kicked off their La Liga campaign with a 1-1 draw during the visit to Celta in Vigo. Mario Hermoso opened the score for Los Pericos, but David Lopez scored himself an own goal just six minutes after the break. Espanyol can feel sorry about this, because they had a good opportunity to win and start their season with a win at a difficult ground to play at.

Last season Espanyol finished 11th in the league standings, which is a normal achievement for their potential and ambitions. At this moment Los Pericos do not have the tools needed for something impressive in the league. But as long as they are in the middle of the table, everything is going to be just fine for them.

Valencia started the campaign with a 1-1 draw at home against Atletico Madrid. The Spanish international Rodrigo saved the point for Los Che, equalizing the score after Angel Correa’s strike for Atletico.

Last season Valencia finished 4th in the league, finally returning to the Champions League. Here’s the moment to say again that the manager Marcelino did some terrific job at the club. Valencia needed a performance like this, especially after a hugely dissapointing previous season. The board’s decision to appoint Marcelino as a new manager proved to be a huge success.

These are our thoughts on the La Liga game between Espanyol and Valencia in Barcelona. Based on quality of the teams, Valencia shall be called favourites here. But both teams started with draws and both of them would want to win this one. Let’s see which one will actually be able to do it.