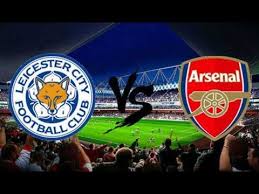 Leicester City welcomes Arsenal in a game from the 36th round of the Premier League. Let’s take a look at this fixture at the King Power Stadium on Sunday afternoon, because we’re expecting a great game.

Since his appointment as a manager of Leicester, Brendan Rodgers is doing pretty good. The former manager of Liverpool managed to win most of his games, although in their last two matchest the Foxes won just one point. Right now Leicester are 10th in the Premier League with 48 points, having a record of 14 wins, 6 draws and 15 defeats.

How we said, in their last two matches the Foxes suffered a loss against Newcastle and made a draw against West Ham. They were pretty close to losing the game at the London Stadium as well, but Harvey Barnes saved them with an equalising goal in the 92th minute. Jamie Vardy also scored once for Leicester in this game. The Foxes don’t have a chance to qualify for Europe, but they can improve their position in the league, being just 3 points behind the 7th Wolverhampton Wanderers. 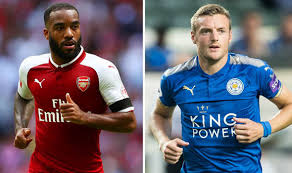 Meanwhile Arsenal continue to fight for a place in the Top 4. Right now the Gunners are 5th in the table with 66 points, but being just one point behind the 4th Chelsea. Their chances are big, but only if they keep a winning form until the end.

But Arsenal’s form right now is not good. Unai Emery’s team lost three of its last four games in the league. In their last match Arsenal visited Wolverhampton and got beaten with 1-3 at the Molineux. Ruben Neves, Matt Doherty and Diogo Jota scored in Bernd Leno’s net, while Sokratis scored Arsenal’s only goal in the game.

That’s our look at the Premier League game between Leicester City and Arsenal on Sunday. We wish you good luck!