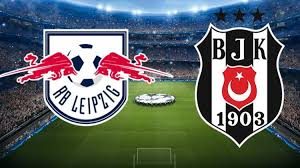 The German sensation RB Leipzig welcomes Turkish powerhouse Besiktas in a match from Group G of the UEFA Champions League.

RB Leipzig are one of the most interesting teams in Europe right now. Sponsored by Red Bull, RB Leipzig finished second in their first season in the German Bundesliga. Their first participation in the Champions League is also a successful one – RB Leipzig won 7 points in five games so far, which is good stats for a debutant.

RIght now the Germans are third in this group, being on par with the second Porto. In the other game in the group Porto hosts Monaco at home. The Portuguese team is a favourite to win the second place in this group, but RB Leipzig still have a theoretical chance to clinch it as well.

The stiuation in this group is simple. Besiktas are winning it with 11 points, being untouchable at the top. Meanwhile Porto need to win against Monaco at home and they will also guarantee themselves a place in the next phase of the competition.

If RB Leipzig want to find a place at the 1/8-finals, they must beat Besiktas at home and hope that Monaco will get at least a point against Porto.

But even if they fail to qualify for the 1/8-finals of the Champions League, RB Leipzig will continue their European adventure in the Europa League. And it’s still a very good achievement for a team which was in the 2. Bundesliga just two years ago.

As for Besiktas, the Turkish team can give a rest to some of its key players. Besiktas are untouchable at the first place in this group, after doing enough to clinch the leadership. For many people Besiktas’ performance is suprising, but they really made a huge impression so far.