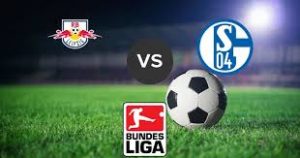 RB Leipzig hosts Schalke 04 in a match from the 9th round of the German Bundesliga. Let’s take a look at this game at the Red Bull Arena in Leipzig.

RB Leipzig are currently 6th in the Bundesliga standings with 15 points, but a win over Schalke would allow them to jump to 3rd place in the standings. So far they have a record of 4 wins, 3 draws and 1 defeat.

In their last five games RB Leipzig are unbeaten – 3 wins and 2 draws. They were enjoying a run of 3 consecutive wins, but this run ended with a 0-0 draw during the visit to Augsburg. During the week Ralf Rangnick’s team had a game in Europe League, enjoying a 2-0 win over Celtic at home.

Of course, RB Leipzig’s goals remain unchanged – a finish in Top 4 and another qualification for the Champions League. Last season they were unable to do it, but now Leipzig will try to do better.

Schalke 04 are having a very bad start of the season. The Royal Blues are 15th in the league with just 6 points won so far. They have 2 wins and 6 defeats since the start of the campaign.

It’s really unexplainable what happened to Schalke. Last season they finished 2nd in the league, only behind the champion Bayern Munich. But their performance since the start of the new campaign have nothing to do with what they did last season.

During the week Schalke had a match in the Champions League. Domenico Tedesco’s boys made a 0-0 draw against Galatasaray in Istanbul. It was a good result for Schalke from strategical point of view, we can say.

That’s what we think about the Bundesliga clash between RB Leipzig and Schalke 04 at the Red Bull Arena.