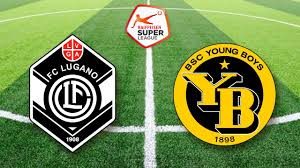 Lugano faces the champion Young Boys in a game from the 2nd round of the Swiss Super League. Let’s see how things are going for these two teams.

Lugano started the new season in the best way possible – with a win. Guillermo Abascal’s boys travelled to Sion and beat the home team with 2-1. Dragan Mihajlovic and Favio Daprela scored the winning goals, while Anto Grgic scored for Sion after a penalty kick after the break. Until the end of the game Lugano kept their advantage and celebrated their first win for the new season.

The champion Young Boys also started the new campaign with a win, beating the visiting Grasshopper with 2-0 at home. It was a no pressure game for the champions, who easily dominated the game. Miralem Sulejmani and Moumi Ngamaleu scored for Young Boys after the break, unlocking Grasshopper’s defense after a 0-0 draw in the first half.

Most surely Young Boys will try to defend their title this season. They surprised a lot of people when they beat Basel for the gold medals during the last campaign. Now they would like to prove that this triumph was not a fluke.

As for Lugano, last season they finished 8th in the Super League, so now they would like to do a little bit better. They have high hopes in their Spanish coach Abascal, who has to make the team more attractive and more successful on the pitch. It remains to be seen if he can do it.

This is our look at the Super League game between Lugano and Young Boys, which will be played at Sunday afternoon. We firmly believe that Young Boys are the big favourite here. The champions now that it won’t be easy to defend their title, so they will try to win as much points as they can.