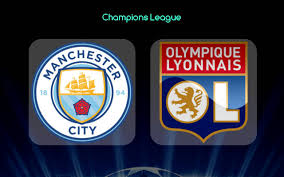 Pep Guardiola’s Manchester City dominated the Premier League in a spectacular fashion last season, but the biggest goal in front of the Cityzens remains winning the Champions League for a first time in the club history. This season City will try again and their campaign will start at the Etihad Stadium against Olympique Lyonnais.

After so many millions spent for a squad like this, Manchester City can’t be satisfied with just a domestic success anymore. The manager Josep Guardiola knows that he has to deliver in Europe, too. Last season City reached the 1/4-finals of the competition, but they were eliminated by another English team – Liverpool. It was a dissapointing feeling for City, especially when you know that you have been the best team in England.

Now Manchester City will try again, being more experienced than they were last season. Guardiola

didn’t make much of a change of his squad during the summer, knowing that his team is already strong enough. Of course, the signing of a star like Riyad Mahrez will make the team even stronger.

Olympique Lyonnais qualified for the Champions League after finishing third in the French Ligue 1 last season. Lyonnais had a tough battle with Olympique Marseille for the third spot, which they managed to win in the last rounds of the league.

Clearly the French team is not on Man City’s level, but it doesn’t mean that for the Cityzens it’s going to be easy to win. Despite of being a team without so much stars like City, Olympique Lyonnais remain a team to be serious about. They are one of the best French teams at the moment and Man City shall not underrestimate them.

This is our look at the Champions League game between Manchester City and Olympique Lyonnais from Group F of the competition. Good luck!