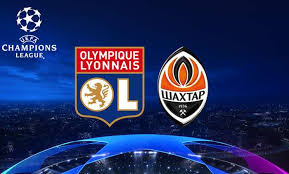 Olympique Lyonnais hosts Shakhtar Donetsk in a match from Group F of the UEFA Champions League. Let’s see what’s going on with these two sides before their game on French soil.

Olympique Lyonnais started their season in the CL in the most impressive way possible, beating Manchester City at the Etihad Stadium two weeks ago. Gnaly Cornet and Nabil Fekir scored for Lyonnais before the halftime break and Bernardo Silva’s strike in the 67th minute was not enough for City for something more in the match. This is how Lyonnais are now leading the group, which is a surprise for many people.

In the French Ligue 1 Olympique Lyonnais are also doing well. They are currently 4th in the standings with 14 points, but being on just one point behind the 2nd Montpellier. Of course, it’s impossible to talk about beating PSG for the title, so Lyonnais’ real goal at the moment is finishing in the Top 3 and qualifying for the Champions League again.

In their last game in the Ligue 1 Lyonnais dissapointed, doing a 1-1 draw at home against Nantes. Houssem Aouar opened the score for the home team, but Lyonnais were unable to hold on their lead in the result.

Shakhtar Donetsk started their CL campaign with a 2-2 draw at home against Hoffenheim. Ismaily and Maycon scored the goals for the Ukrainian side, but it was not enough to beat Hoffenheim. Now Shakhtar will look for their first win in the CL for the season.

In the Ukrainian Premier League Shakhtar are currently leaders in the standings, being on 4 points ahead of their big rival Dynamo Kyiv. In their last game Shakhtar enjoyed a thrilling 6-1 win during the visit to Karpaty.

These are our thoughts about the Champions League game between Olympique Lyonnais and Shakhtar Donetsk. Good luck!