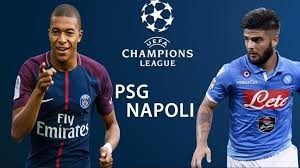 PSG hosts Napoli in a match from Group C of the Champions League. Let’s take a look at this clash in the French capital on Wednesday night.

PSG started their Champions League campaign with a loss against Liverpool, but in the next game they enjoyed a thrilling 6-1 win against Crvena Zvezda in Paris. This showed to everyone that PSG are ready to fix their mistake in the first round. The French club is aware that anything, but a progression towards the 1/8-finals would be a huge failure for this club.

Thomas Tuchel’s team is dominating with an ease in the Ligue 1, but the big goal remains winning the Champions League, of course. The club’s owners invested a lot of money in the squad, so they are now expecting a first CL triumph in the history of PSG. Winning the French league is also important, but it’s not enough anymore.

Napoli on the other hand are leading the group’s standings at this moment with 4 points won. The Italian team started with a wrong step against Crvena Zvezda in Belgrade, but after this Napoli beat Liverpool at the Stadio San Paolo. Carlo Ancelotti’s team is in a very difficult company in this group, but Napoli are confident that they can make it to the 1/8-finals.

PSG is the team which impress with a lot of stars in the squad, but Napoli’s biggest weapon here is their manager. Carlo Ancelotti have won the Champions League three times in his career as a coach, so he’s very aware what to do in this tournament. If Napoli leave Paris with a positive result, it’s going to be great for the Italians.

This is what we had to say about the Champions League clash between PSG and Napoli in Paris. Good luck!