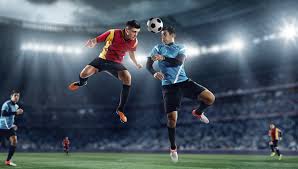 Ranheim hosts Sarpsborg 08 in a match from the 13th round of the Norwegian Eliteserien. Let’s have a look at this clash.

Ranheim started the new season in the Eliteserien pretty well. They are currently 3rd in the league standings with 23 points, being on just one point behind the 2nd Rosenborg. Right now Ranheim’s record in the league shows 7 wins, 2 draws and 3 losses.

In their last five games Ranheim won three times (against Odd, Kristiansund and Molde), made one draw (against Rosenborg) and suffered one defeat (against Bodo / Glimt).

It was really a devastating performance for Ranheim against Bodo / Glimt. Svein Maalen’s team travelled to Bodo to face Bodo / Glimt, but suffered a terrible 0-4 defeat. Everything went wrong for the away team in this clash. The defense was non-existent, while the midfield and the attack had a day off. Ranheim’s players have to forget this match as soon as possible, because it was truly a terrible performance.

Sarpsborg 08 are 4th in the Eliteserien, being just one point behind the 3rd Ranheim. They have 22 points and a record of 6 wins, 4 draws and 2 losses.

Right now Sarpsborg 08 are the team in the best form in the Eliteserien. In their last five games they clinched four consecutive wins (against Stromsgodset, Start, Sandefjord and Stabaek) and made one draw against Molde at home

In the last round Sarpsborg 08 enjoyed a 4-2 win at home against Stabaek. Amin Askar, Ronnie Scwhartz, Kristoffer Zachariassen and Patrick Mortensen scored the winning goals for the home team, while Franck Boli and Ohi Omoijuanfo scored for the away team. But their goals were not enough.

This match between Ranheim and Sarpsborg 08 is a real derby, because these two teams are so close to each other in the standings. It shall be a very interesting game.