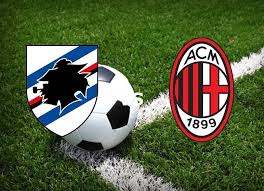 Sampdoria hosts Milan in a match from the 29th round of the Italian Serie A. Here are views for this game in the city of Genova on Saturday night.

At this moment Sampdoria are 9th in the Serie A standings with 42 points won. The club have a record of 12 wins, 6 draws and 10 defeats since the beginning of the season. In their last five matches in the Serie A, Samp won three times, but also suffered two defeats from the hands of Inter and Atalanta.

In their last game Sampdoria bounced back, though, winning their visit to Sassuolo with the exciting 5-3. It was a dramatic game at the MAPEI Stadium, which could have ended in both ways, to be honest. Gregoire Defrel, Fabio Quagliarella, Karol Linetty, Dennis Praet and Manolo Gabbiadini scored for the visitors, winning the three points for the visitors.

Sampdoria still have a chance to reach Europe. The club is currently just 3 points behind the 6th Lazio and the Europa League zone in the Serie A. If they finish the season in a convincing way, they can do it. 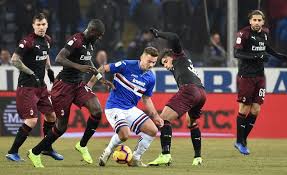 Milan are 4th in the Serie A with 51 points won so far and a record of 14 wins, 9 draws and 5 losses. The Rossoneri continue their fight for a return to the Champions League, having 4 points advantage in front of the 5th Roma.

Milan were enjoying a run of four consecutive wins in the Serie A, but in their last game Gennaro Gattuso’s boys suffered a 2-3 defeat in the derby against Inter. Bakayoko and Musacchio scored for Milan, but Inter scored one more and won the game.

That’s our thoughts about the Serie A fixture between Sampdoria and Milan on Saturday. We wish you a good luck about this one.