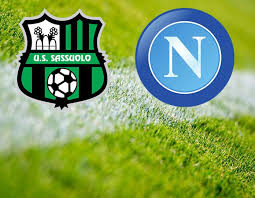 Sassuolo hosts Napoli in a match from the 27th round of the Italian Serie A. Allow us to take a look at this fixture and see what’s going on with these two teams.

Sassuolo are having a solid season so far, being 11th in the league with 31 points won. They have a record of 7 wins, 10 draws and 9 defeats in the matches played so far. In their last five games in the league Sassuolo are without a win, though – two draws and three losses.

Sassuolo’s last game ended with a defeat. Roberto De Zerbi’s boys visited Stadio San Siro to face Milan and suffered a 0-1 loss. Pol Lirola scored himself an own goal in the 35th minute and this was the only goal in the game.

Despite of their poor form lately, being 11th in the table is pretty good for this team. For Sassuolo the most important thing is to survive and keep their place in the elite division. So far they are doing it pretty well.

Napoli are second in the Serie A with 56 points, trailing on 16 points behind the champion Juventus. After suffering a 1-2 defeat against Juve at the Stadio San Paolo in the previous round, Napoli can forget now about the title. They will concentrate on finishing 2nd in the league and doing their best in Europa League.

Jose Callejon scored for Napoli against Juventus at the San Paolo, but Miralem Pjanic and Emre Can scored for the Old Lady before this. Napoli finished this game with 10 men on the pitch, because of the goalkeeper’s Alex Meret red card in the first half. He won’t be avaliable against Sassuolo.

That’s our thoughts about the Serie A fixture between Sassuolo and Napoli on Sunday evening. Good luck!