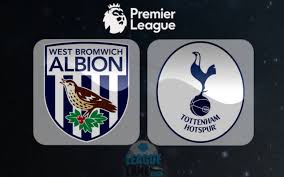 West Bromwich Albion welcomes Tottenham in a match from the 37th round of the English Premier League. Let’s see what’s going on with these two teams at the moment.

West Bromwich already lost their place in the Premier League. They are currently 20th in the league standings, having won 28 points so far. Their record is a really modest one – 5 wins, 13 draws and 18 defeats. In their last five matches W.B.A. are doing pretty amazing, though – two wins, two draws and just one loss.

West Bromwich are clearly in a great form at this moment, but the question is – why now? Why they had to wait so much, before starting to play so good? W.B.A. are already starting to prepare for the Championship, but they are clearly trying to leave the Premier League in the most impressive way possible.

In their last game West Bromwich enjoyed a 1-0 win during the visit to Newcastle. For them it was another impressive performance. They are unbeaten in four consecutive games right now.

Tottenham are 4th in the Premier League with 71 points won. Spurs have a record of 21 wins, 8 draws and 6 losses. In their last five matches Tottenham won three times, made one draw and suffered one loss against the champion Manchester City.

In their last game Mauricio Pochettino’s boys enjoyed a 2-0 win over Watford at home. It was a stellar performance from Spurs, who didn’t shine in the most impressive way possible, but still did enough to win the game.

This is our take on the Premier League clash between West Bromwich Albion and Tottenham. It’s a tricky game, simply because W.B.A. are really unpredictable right now. Unbeaten in four consecutive games, they are in a pretty good form at the moment.