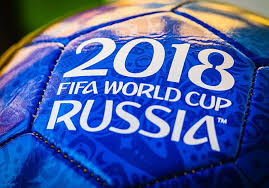 We are heading to the Volgograd Arena in Volgograd, where Japan and Poland will meet in a match from Group H of the FIFA World Cup. For Poland this game doesn’t mean much, as they are already eliminated from the competition, but for Japan it’s a chance to reach the 1/8-finals of the competition.

Japan are currently leading the group with 4 points won so far. The Blue Samurai started their campaign with a win over Colombia, which was followed by a thrilling 2-2 draw against Senegal. Right now they are on par with Senegal – both teams have 4 points, and they have one point more than the third in the group Colombia. 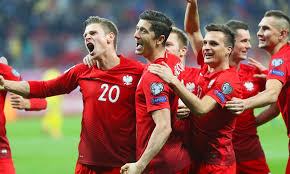 Poland are last in this group with zero points so far. They are the only team in this group which is already eliminated from the World Cup. They would hardly beat Colombia for the third place, too, as they goal difference is pretty awful at the moment. The Polish team lost its first two games against Senegal and Colombia. The best they can do now is at least win some points before flying to home after this match. Poland were among the favourites in this group before the start of the tournament, but the reality for them happened to be very different.

It’s expected both managers to make some changes in their starting line-ups. Some journalists expect that Leicester City’s Shinji Okazaki will return to the starting eleven, after being used in both previous games as a substitute. Meanwhile the goalkeeper Eiji Kawashima could sit on the bench after making some serious mistakes in the previous two rounds. He could get replaced by Kosuke Nakamura.

The Polish team is already eliminated from the World Cup, so the manager Adam Nawalka could make some experiments regarding his line-up. The experienced centre back Kamil Glik returned against Colombia as a substitute, so it won’t be surprising if he find himself among the starting eleven against Japan. The fact that Poland was unable to use Glik in his full potential was a serious hit for the Polish squad.

Japan’s captain Makoto Hasebe said before the game that Japan is not a team which is going to play just for the point. A draw will qualify the Blue Samurai for the 1/8-finals, but Hasebe tried to convinced everyone that his team will enter the pitch with a winner mentality. Makoto Hasebe said that the Japanese players will not make any calculations for this game.

Meanwhile Poland’s biggest star Robert Lewandowski have admitted that the Polish team underperformed at the World Cup. Bayern Munich’s striker promised the Polish fans that his team will try to do the best it could to finish the World Cup with a win. Against Japan Poland will be playing mainly for their honour.

This match is far more important for Japan than it is for Poland. We expect to see the Blue Samurai very motivated, because this is their chance to reach once again the 1/8-finals of the World Cup.